A collaborative project with Nick Roach, graffiti artist and UNITY, Burslem, Stoke-On-Trent, a charity supporting young people excluded from mainstream education.  Over 6 weeks a group of young people were re*introduced to ceramics, the possibilities of seeing them differently, of working with them in a new way.   Through talks and workshops a range of methods were investigated, and developed into a large scale installation in Burslem’s old Post Office garage space.  A covered external space.  Plates were sourced from across Stoke’s many charity shops, and, once painted white, these were installed on the walls of the space.  Large backstamps and symbols inspired by Aynsley transfers and the young people’s own designs were developed into a large graffiti piece which was applied over the installed plates.  This became a Wonderwall of the BCB 2008 and visitors could view it in full during the festival.  The plates once removed from the wall took on a new life, they contained a multi layered pattern, a glimpse into a journey.  These were photographed and printed on a series of striking dinner plates (seconds from local Wedgwood) and displayed within the Wedgwood Institute during BCB 2008.  The plates were voted for by the public placing stickers next to them.  The most popular 6 pieces were intended to go into production and be sold as a BCB product. 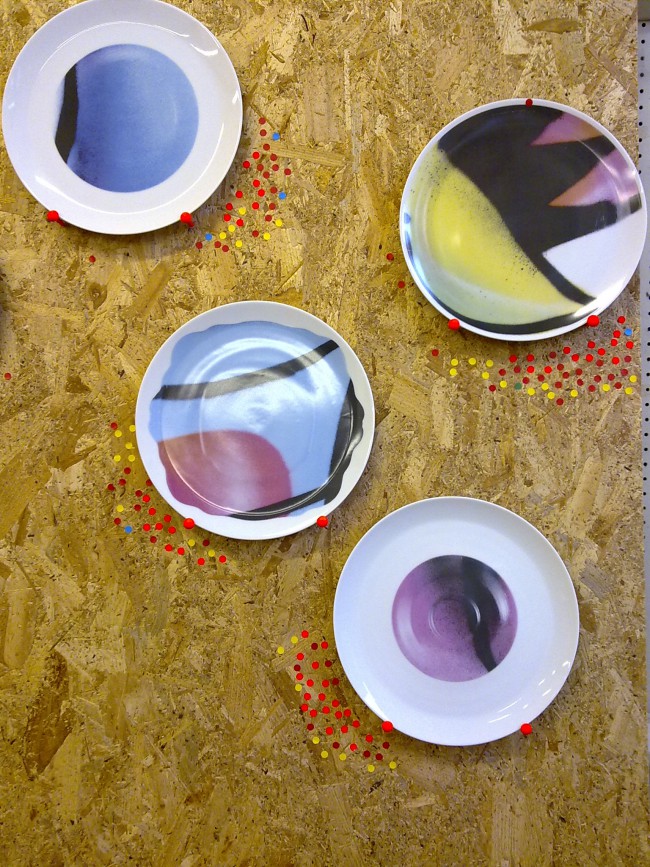 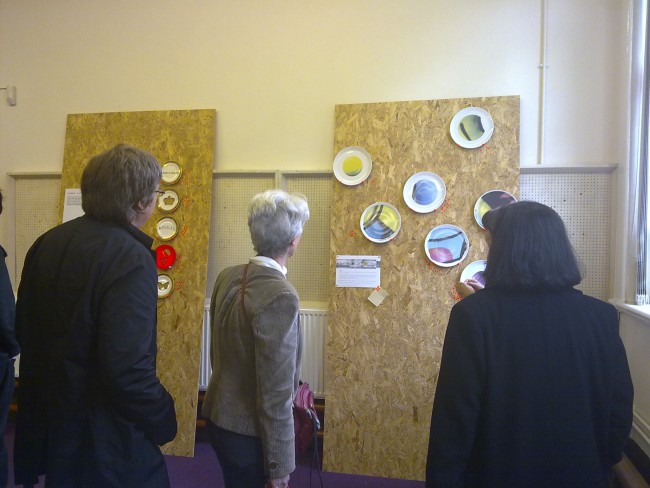 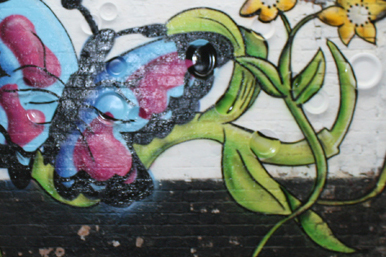 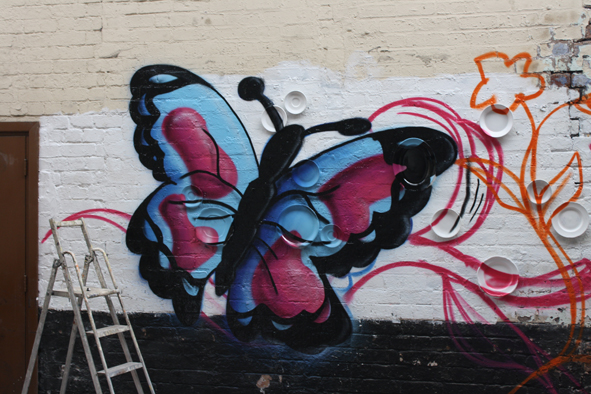 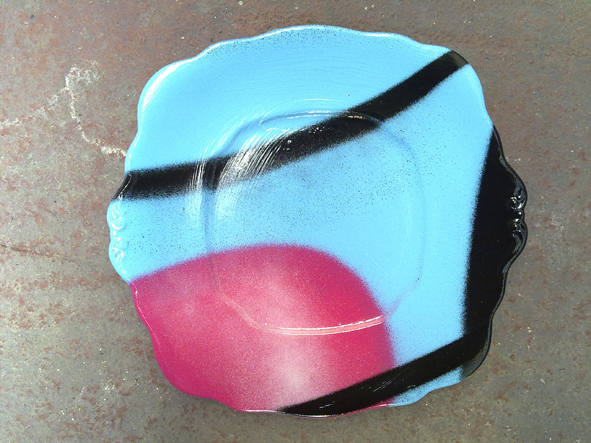 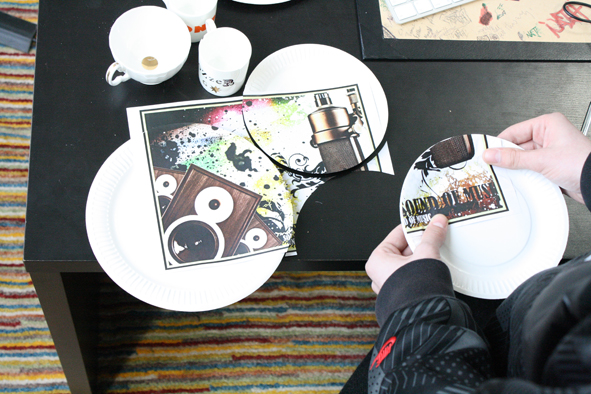 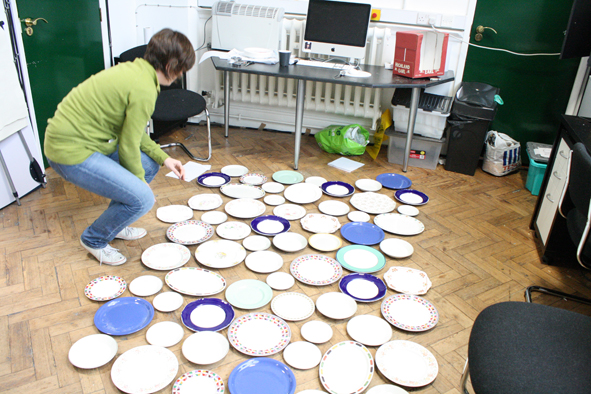