This project was part of The Pol Project, initiated by A Fine Line and MIRIAD, MMU, a 4 week project based in Dhal ni Pol, Ahmedabad, India in October 2010.  The brief we were working to originated in a PAL lab at Arts Reverie in February 2010 where representatives from different agencies met to discuss ways for artists, environmentalists and residents of Dhal ni Pol to tackle a number of local environmental issues.  Before the project was due to start however, the environmental partners pulled out and we decided, in their absence, to take ‘Making Beauty’ – the theme of the Ahmedebad International Arts festival (AIAF) in which the completed work would be shown – as the basis for our project.

Given the emphasis on community participation, our priority was to engage with people living near Arts Reverie to develop our work in ways that would fit their existing concerns. The project team in India consisted of three UK researchers – Myself, Amanda, artist Steven Dixon and two Indian researchers – the artist Lokesh Ghai, who took the role of project manager (and who was also collaborating with Steve on a separate project for the festival), and Palak Chitaliya who had consulted with local people about environmental conditions before and had good relationships with people living in Dhal ni Pol. In the UK, we were also collaborating with John Hyatt, Kate Egan and Jason Singh on various projects for the festival.  Our attempts to get to know people were helped by the timing of our visit which happily coincided with Navratri, a festival of nine nights, which is celebrated in part through dancing each night, something we enjoyed joining in with – however badly – and really did help us feel part of the Dhal ni Pol community!

Because our interests and ways of working were very similar we decided to collaborate in order to realize the ideas we both had.  A series of workshops were held in the children’s library for the children in the Pol, decorating ceramic tea cups and saucers with transfers from the now closed Aynsley factory in Stoke on Trent, and a day of filming took place on the auspicious day of Dushera which provided the content for both the works on display in this exhibition.

The results of the project are much greater than what is shown here – it is impossible to capture the total value of this project in objects, images or film, but the timeline diagram is an attempt to reveal the connections in the project.

As well as exhibiting the physical artefacts made in ceramic and film in Ahmedabad (The Pol Project Exhibition at Arts Reverie, Dhal Ni Pol, as part of Ahmedabad International Arts Festival, Ahmedabad, India 2010) and Manchester (Craft Objects of Exchange exhibition at Manchester Craft & Design Centre, Manchester as part of Asia Triennial Manchester 2011), Amanda and I subsequently wrote a conference paper Collaboration, Creativity & Value (Pairings Conference, Manchester 2011), and later a book chapter Craft Knowledge and the craft of human life: a South Asian residency (in Felcey, Helen; Kettle, Alice; Ravetz, Amanda (eds.) Collaboration through Craft, 17, Bloomsbury, UK) reflecting on both the collaboration between ourselves, but also our collaboration with the community itself, the tensions and successes, and the impact on all involved. This work draws on the work of Leach on dispersed creativity to help us question the values applied to the varying outputs from projects such as this in the academic world, as well as exploring the notion of revealing creativity rather than creating it.

Amanda Ravetz is a visual anthropologist and Research Fellow at MIRIAD, MMU. She has expertise in the theories and practices of observational cinema and the interdisciplinary connections between anthropology and art. Her films have been screened in the UK, Portugal, Germany, Majorca, USA and India. 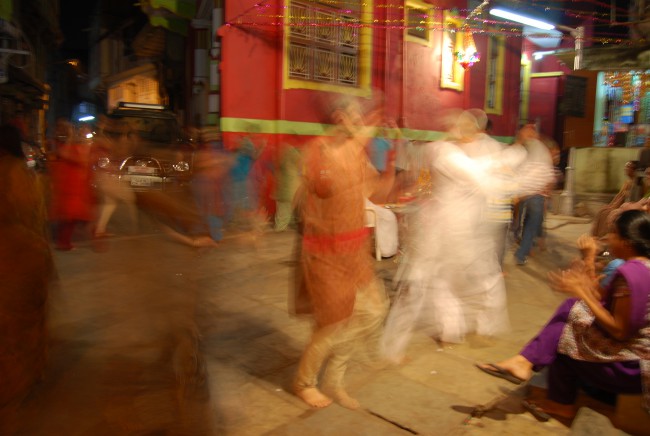 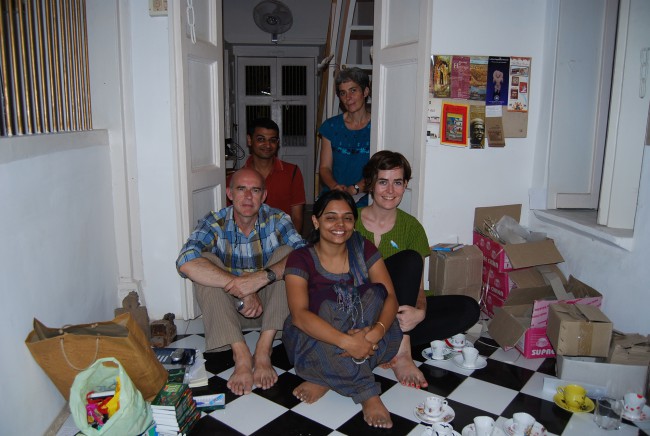 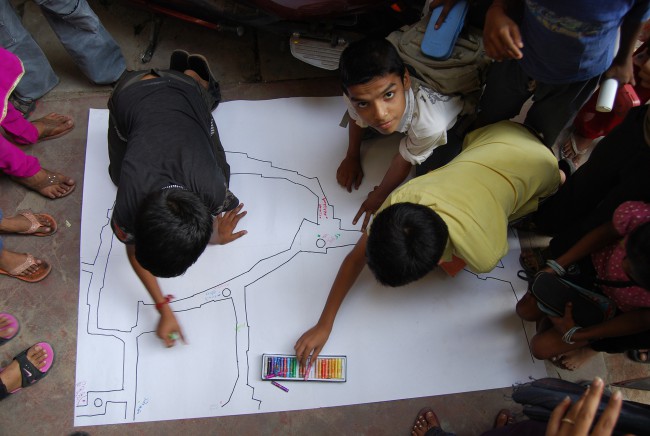 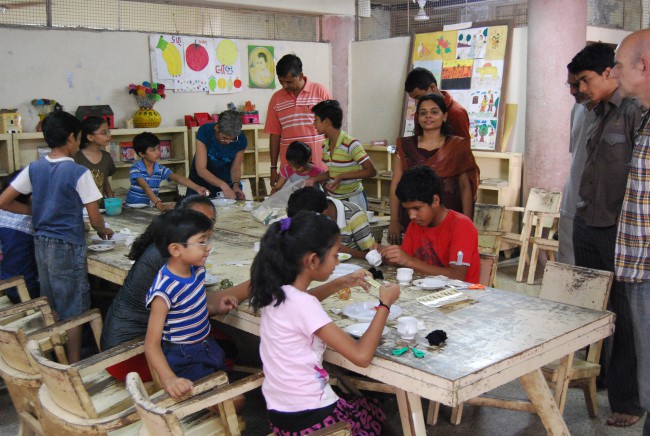 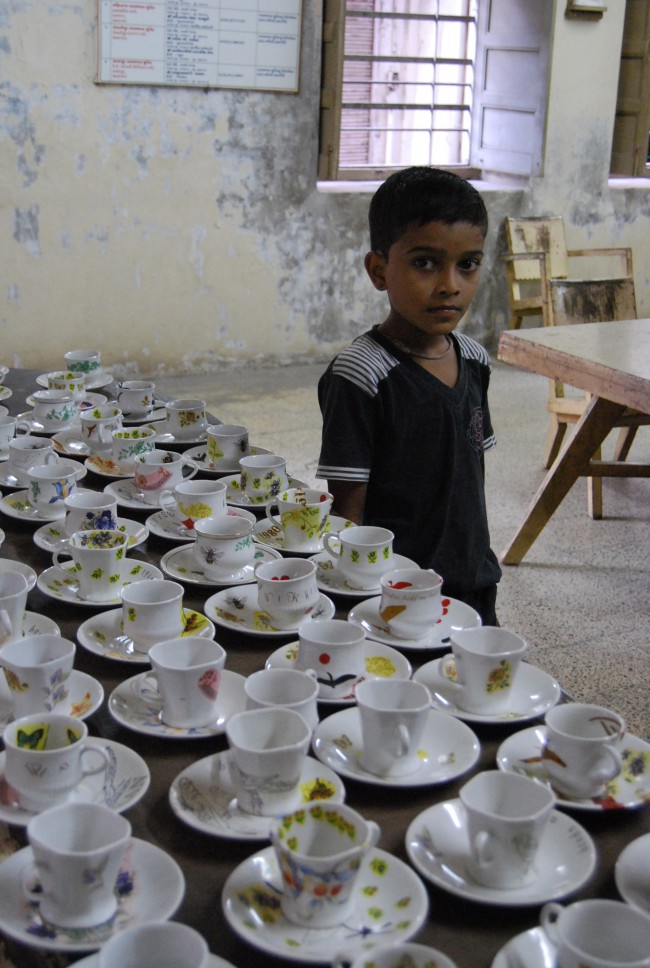 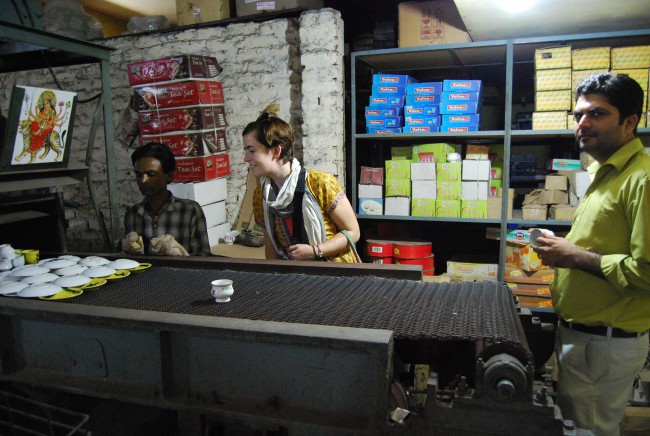 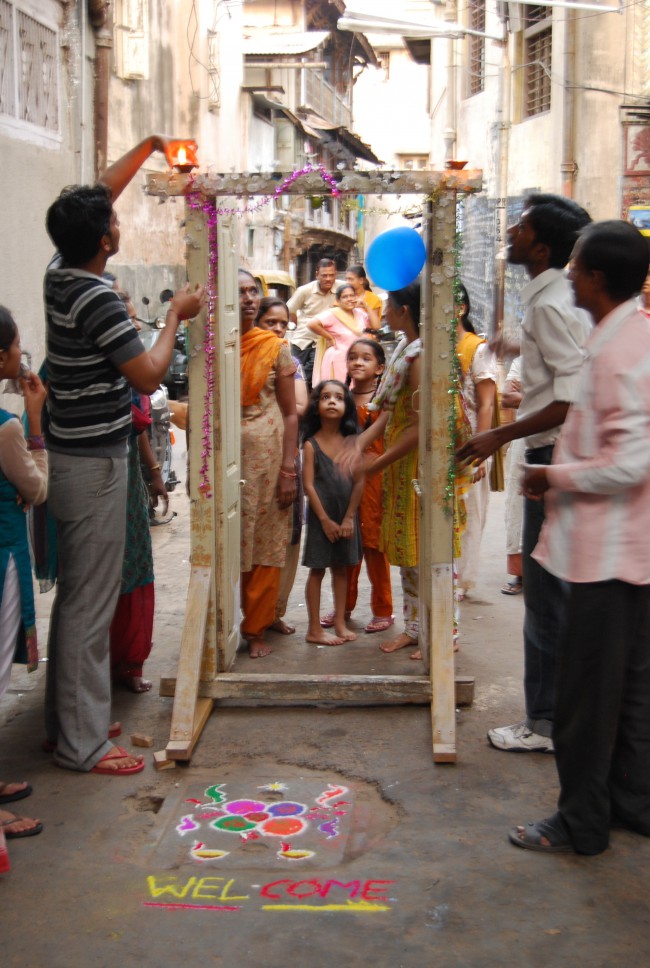 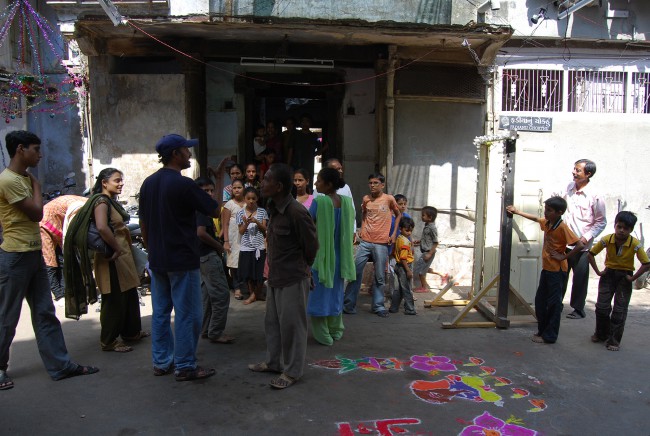 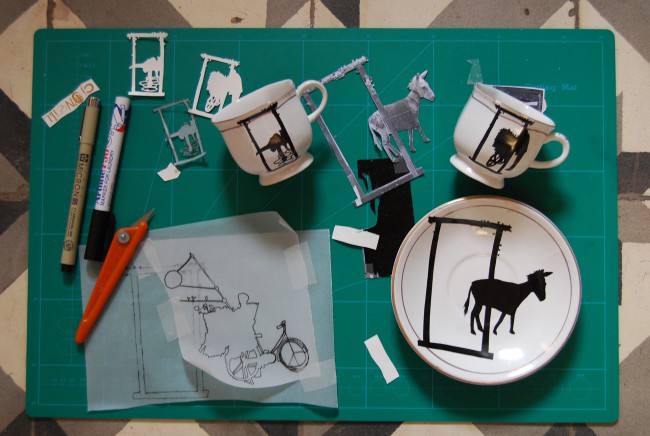 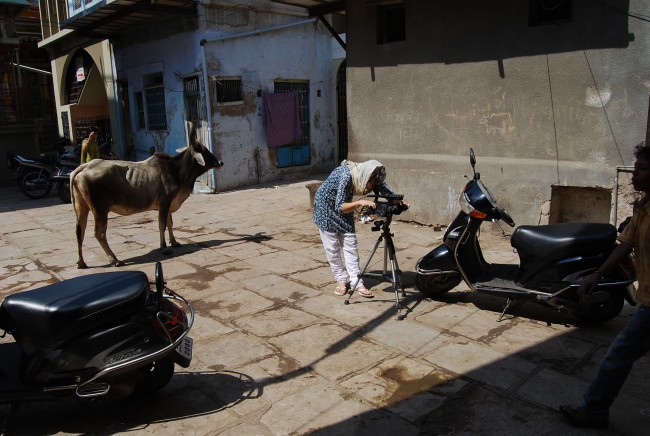 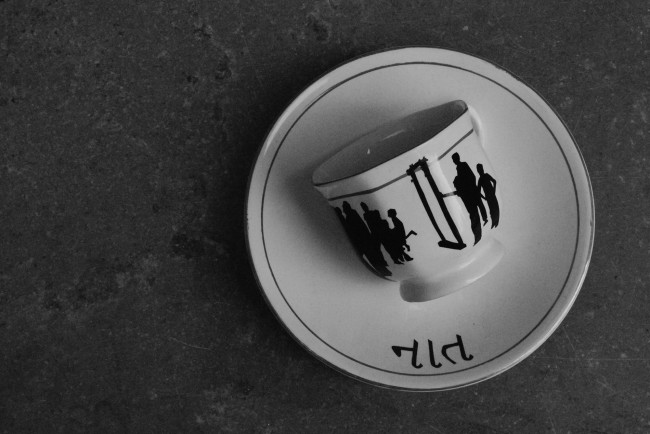 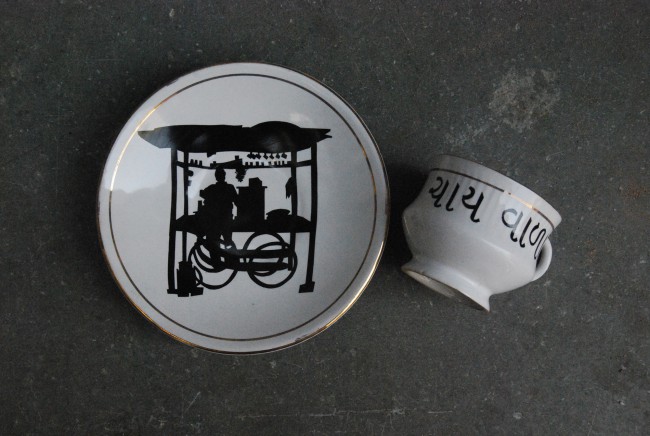 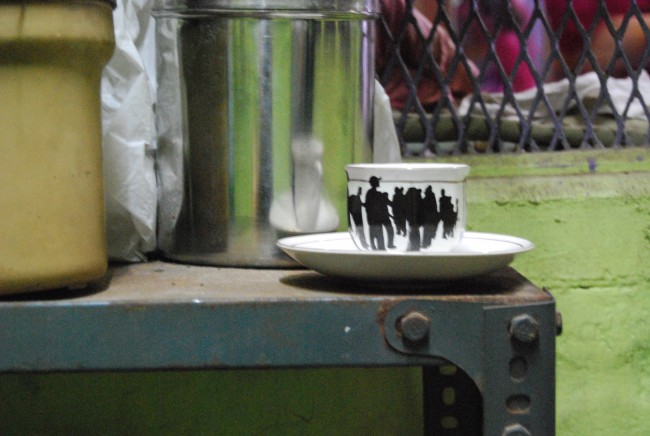 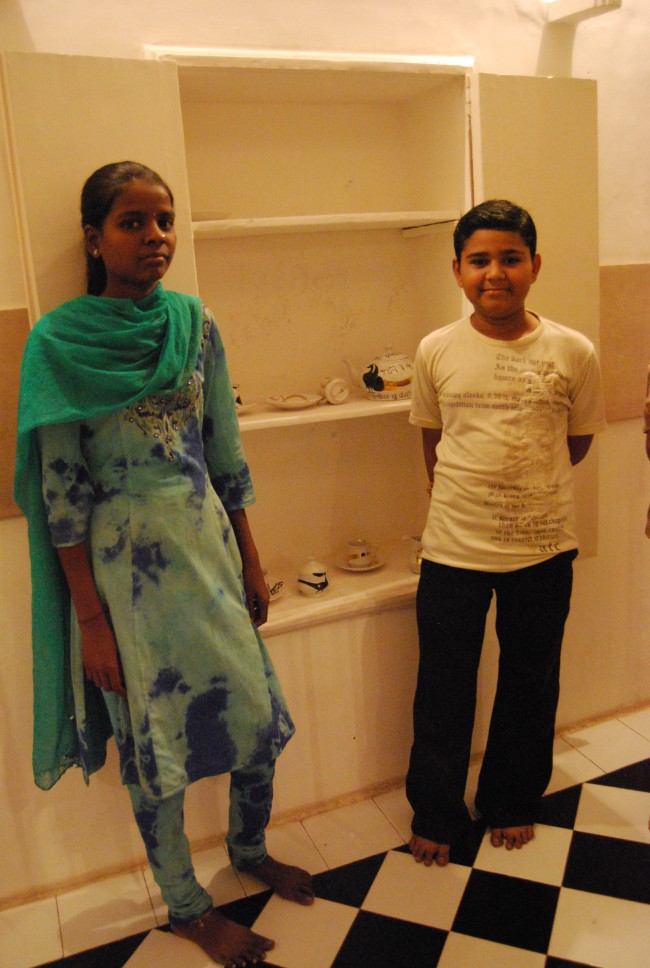 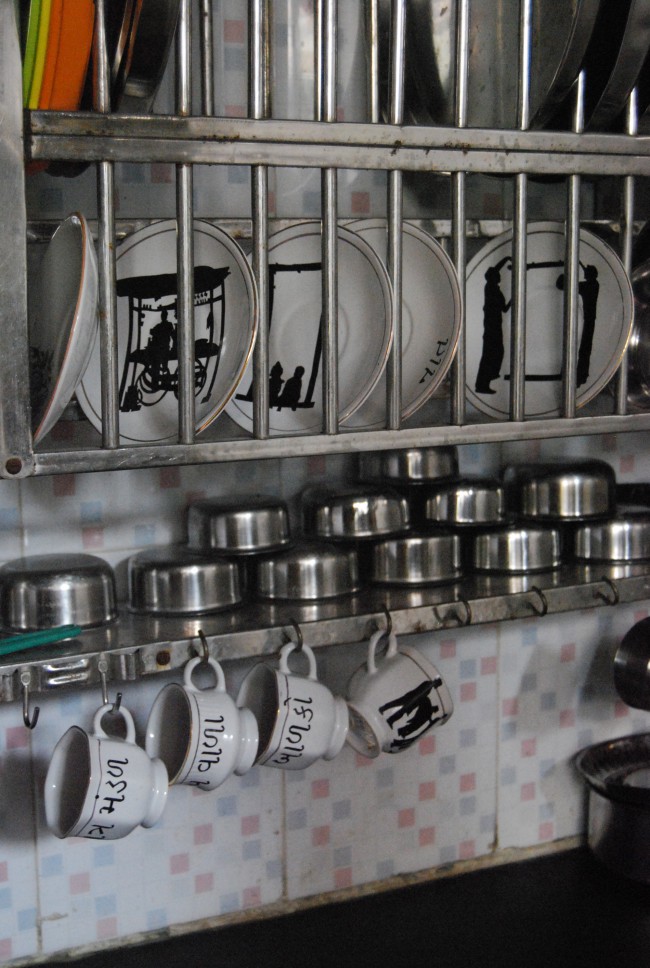 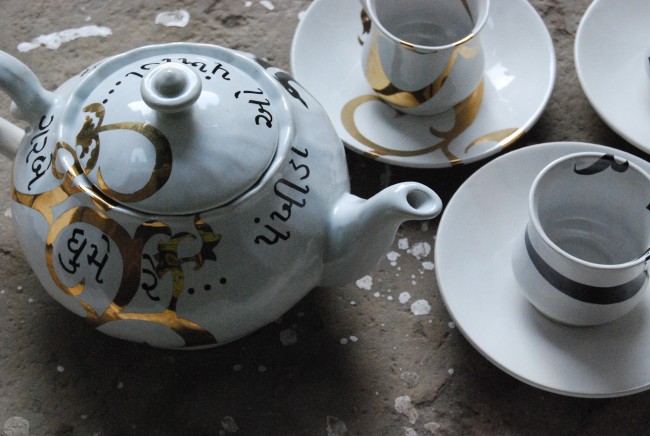 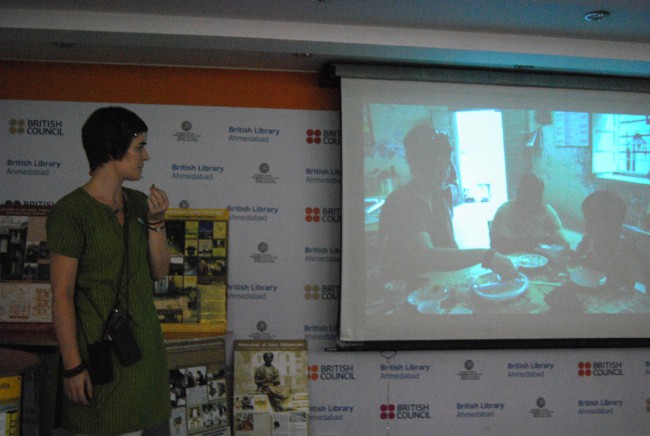 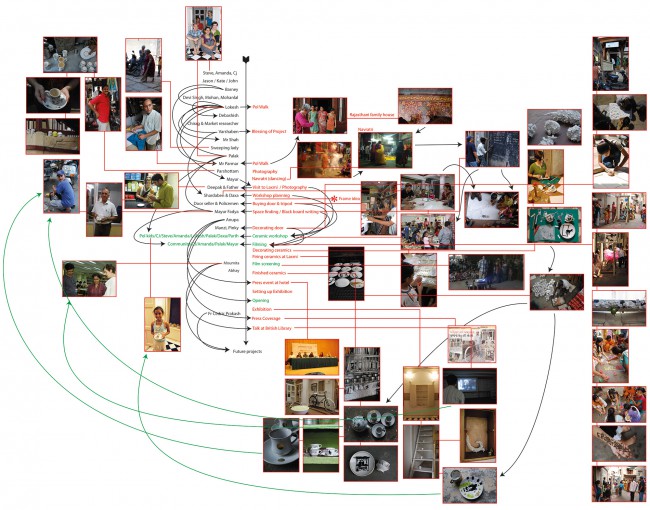